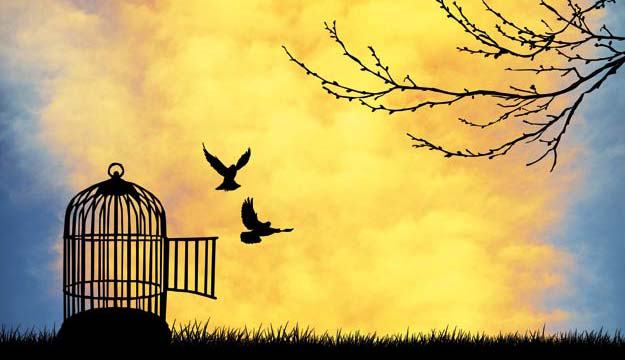 My wife and I are getting ready to move into our first house. So she and I were cleaning out the bookshelf in my office when I stumbled upon the baby book my mother made for me. Its light blue and white, says “Christopher Franko’s baby book”. Naturally I started reading through some of my milestones. The book says I started walking at 11 months, saying my first few words about the same time. Ya know normal baby stuff. Then I found something that gave me a chuckle. The page read “2 years old, Christopher likes to do things his way, and his way only.”. My wife thought this was hilarious.

See, even at an early age my mother picked up on my inclination for autonomy. Growing up though this inclination got me into trouble a lot. Early on, I was what my teachers would call a “non conformist” or “anti authoritarian”. In an involuntary society, anyone who stands out is systematically labeled instead of embraced. The labels i’d probably use to describe myself are “headstrong” or “genuine”. I’ve always questioned the status quo and found tremendous amounts of gratification by defining my own path through life. If I must, I’d rather beg for forgiveness than to ask for permission any day of the week.

This insatiable appetite for freedom is implicit in all of us. Some of us however find more comfort in conformity, and that is alright too. My problem isn’t with conformity, or authority. No. My problem is with conformity and authority being my only option. I have a problem when they are being used to oppress me and to keep others in positions of power over me. I can’t be the only one who feels this way.

I’ve spent most of my adult life trying to identify what, if anything at all, could be done about it. What would life look like if everything was truly voluntary? What legacy institutions would we need to upgrade or flat out change? And then, how do we empower everyone but at the same time minimization the provocation of violence from the already established? Because surely they won’t be disenfranchised without a fight, and they have a monopoly on violence.

By introducing censorship resistant, transparent and cost effective alternatives to the institutions of yesterday, We can let the people decide peacefully and voluntarily which best fulfills their needs. We would have to create new forms of identity, governance, citizenship, social nets, corporations and organizations. Offer them side by side the existing infrastructure, and even bridge the old world with the new. In a very slow and orderly way. Over the course of a few generations.

Up until now, what I just described was virtually impossible without massive amounts of bloodshed. To be absolutely clear, i’m in no way advocating anyone reading this blog to take up arms against their government because that is batshit crazy. What i’m suggesting is we build and then provide a better infrastructure aimed at empowering as many people as we can. With blockchain and smart contract technology we can do exactly that. We can build new social and governance services infrastructure that has no central point of failure.

Imagine what that would do for mankind. Introducing low barrier to entry, governance services, and letting the people decide, voluntarily how they want to be governed. Citizenship would be as liquid and frictionless as digital currency for everyone around the world. If you were a citizen of a state that was oppressing you, you could freely find a new one that wasn’t. It would force traditional nation states to compete, and start acting on behalf of everyone rather than the few at the top. According to Freedom House’s Freedom in the World 2011 report, about 2.4B people (35% of the world population), live in countries defined as “not free”, while another 1.5B (22%) live in “partially free” countries. With what i’m proposing, that number would be 0, unless you prefer not being free, but even then so, you would be free to change your mind later.