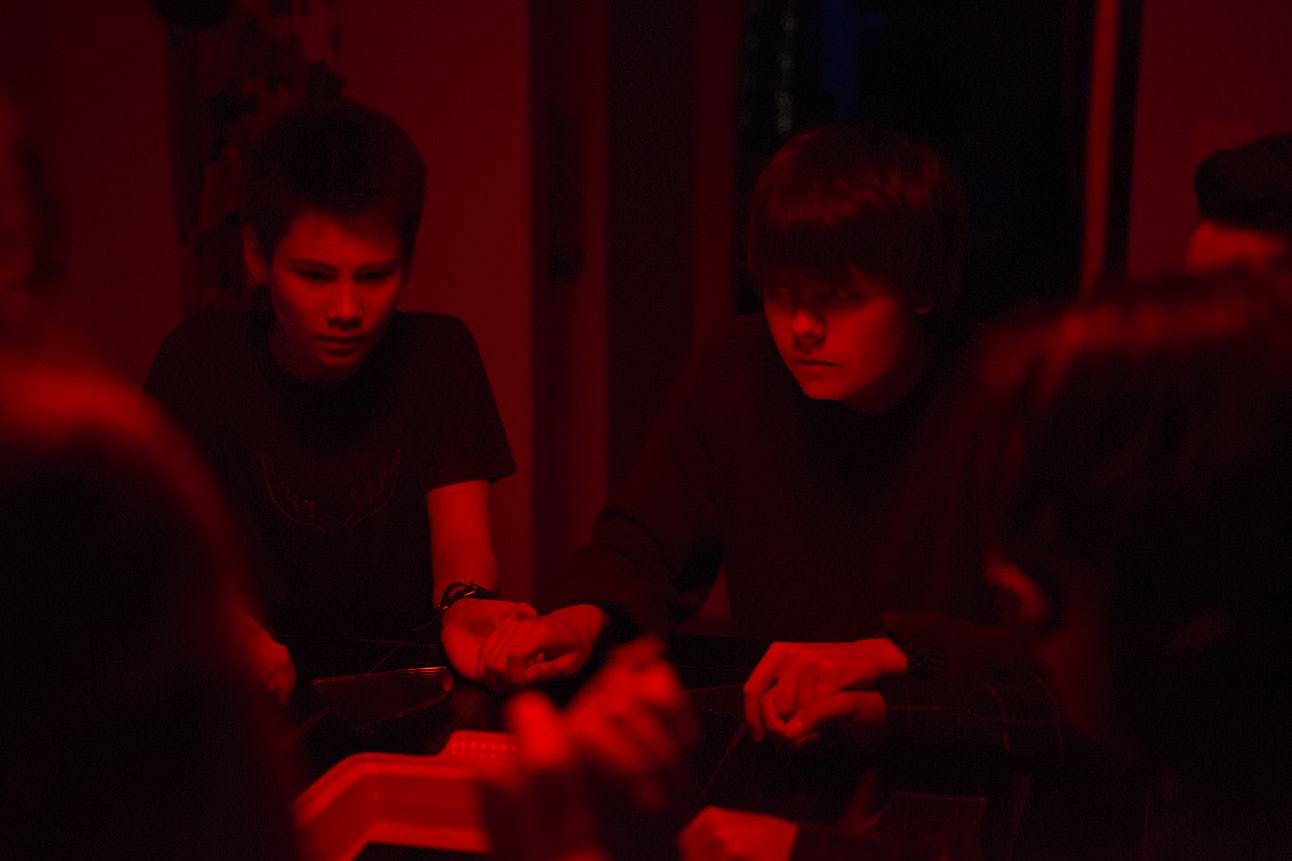 The OA is a zeitgeisty netflix series where a woman named Prairie and a group of connected individuals are exploring the fabrics of dimensional existence. Prairie is on a mission to teach, learn and save the ones she loves across space and time.

Dont continue unless you want spoilers.

After watching the second season there were somethings that really stuck out to me. The creators of The OA are very tapped into the current events of our world on the surface. “This.dimension”. Some of the main takeaways from the second seasons were that everything is connected, that art imitates life, and that we should work together to change the course of history. And it plants these seeds in your mind like the house with the Rose window does.

In the very beginning of the second season a Vietnamese grandmother goes to Mr. Washington, a former FBI agent who used to radicalize people into terrorist just to arrest them. This is probably a detail that sort of goes overlooked in the show because the show only discuses it for a brief moment but this actually happens in real life. In most cases of foiled terror plots there were federal agents actively fomenting the conditions that create terrorist. They teach troubled kids to be angry, and LITERALLY teach them how to make bombs. Basically like firefighters who set houses on fire just to feed their hero complex or have something to do. It’s morally indefensible and yet it’s pretty common place.

This is just the tip of the iceberg. In the show we soon find out that Michelle Vu was playing a puzzle game that incrementally paid out in the cryptocurrency Ether as various milestones in the game were reached by the players. It’s very interesting that the creators chose Ethereum because ethereum is a smart contract blockchain. Meaning, one could create conditions stored on the ETH blockchain that once certain criteria happen monetary transactions can happen as a result. Pretty insightful for the shows creators to understand that and apply it so subtly or maybe they just chose a blockchain and went with ETH instead of BTC because reasons? Who knows.

Something else interesting is the idea of using puzzles to crowdsource ideas and use them as a recruitment tools to solve other increasingly larger puzzles. In the show we learn that the game is a puzzle that lures people into a house that is also a puzzle because the creator of the puzzle learned that the house has a brain shattering secret to share with someone that only a very few people could endure. Recently in the blockchain world there have been a series of puzzles being released that some speculate is being used as a recruitment tool for some sort of government agency or maybe a tech genius trying to see whats beyond the rose window?

The shows creators have an intimate understanding about the blockchain and cryptocurrency space. I think the creators understand that art imitates life which imitates art. There is this feedback loop that happens. So now the millions of people who watched The OA are going to explore ether, blockchain, cryptocurrency because the show kept striking that chord. But these aren’t the only pulse the shows creators have their thumb on.

In episode 7 of season 2 a troubled boy with PTSD after surviving a school shooting named Jesse is seen getting drugs to escape his reality. School shootings are happening everyday and just this week 2 teens with PTSD and survivors guilt took their own lives after surviving the Parkland mass shooting. But in the show Jesse is seen taking drugs, Oxycontin specifically. But where the show REALLY GETS IT RIGHT but struck REALLY CLOSE TO HOME for me about the opiate epidemic was that fentanyl is what is killing people.

In the show Jesse steals some fentanyl patches from a dieing man and we later find out that he puts them all on himself and overdoses. That was especially hard for me to consume because my brother, and brother in law, two men I was dearly close with also lost their life to the opioid epidemic. And where I think the show got it right was, oxycodone and oxycontin have a pretty reasonable threshold for mistakes but fentanyl on the other hand does not. It also got right that most people who overdose are overdosing because they didnt know the right dose, or were unaware of the presence of fentynal in their dose.

Aside from all multi dimensional stuff and metaphysical stuff, The OA does a good job at incorporating the real world into their story telling. I feel like the creators are trying to show us something. Trying to give us a new lens from which to see the world. They are doing this by planting seeds in our mind of concepts that should be familiar to us but might be foreign enough that they look extra-dimensional.

What I find the most satisfying about The OA is how they have embodied the way I believe the universe to exist as well. I believe there are many worlds, that are all connected to each other because each world is the product of a recursive loop. A place where each decision tree creates one or more copies of the base object.

I believe the tragedy of this design is that two worlds can be as close as two leafs on a tree but far enough a way that those two leaves are implicitly on completely separate branches. So there is a dimension where my brothers survived their overdoses and lived fulfilling lives, but its far enough away that I wont get to witness their greatness.